For me, fall means football. A University of Texas alumna and devout Texas sports fanatic, the first thing I hear upon waking up on Saturday mornings is “Texas Fight!” playing in my head.

During our game vs. Texas Tech last Saturday, I discovered new insight on how just much my engagement in social media amplifies my game-watching experience, and in particular, what that means about how I perceive my online presence.

I watched the game with some friends at Milo Butterfingers on SMU Blvd. Although I was only physically watching the game with my five friends and the 30 other Texas or Texas Tech fans in my proximity, I was in fact actively sharing my experience with my 500-something twitter followers, and actually partaking in discourse with a handful of them. It was as if we were genuinely watching the game “together”.

I realized just how “real” my tweets were during the game after my team’s 14 point lead slowly began to dwindle towards the end of the first quarter. Having gained an inflated sense of confidence after my team forced two turnovers and got up to an early 14-0 lead (in a game the media predicted would be close), I started talking trash on twitter. I was so engaged in my trash-talking that my twitter followers had taken temporary precedence over the “real life” friends I was watching the game with. When the Red Raiders decreased the lead to 14-7 then ultimately tied the game at halftime, I was obsessed with monitoring my @replies on twitter. I just knew I was about to get it! The interesting part, I think is… WHY DID I CARE?

I care because my involvement in social media has become a meaningful part of my life. I treat my online presence as I if it truly is an extension of me- not just a make believe online playground. I monitor my existence and discourse online as if I were having a real conversation in a bar with my followers or Facebook friends. As Internet guru Clay Shirky states in his latest book, Cognitive Surplus, "Our social media tools aren't an alternative to real life, they are part of it".

From a marketing perspective, this is why it is important for companies to carefully monitor their social media presence. Sure, anyone can create a twitter account or a Facebook page, but it takes precision and talent to craft messages that are truly indicative of who their company really is.

Just for the record… my team took over again after halftime- 24-14. Hook ‘em Horns! 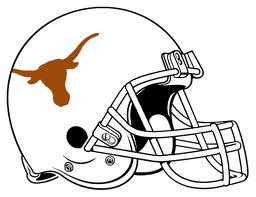 Posted by JennyDMiz at 9:08 AM

JennyDMiz
University of Texas and UT Dallas alum. I like yoga, the Mavs and live music. I can also tell you a thing or two about new media.